DeutschNederlandsFrançaisEspañolPolskiItalianoSvenskaPortuguêsČeštinaEnglish
apply settings
From Sound to Emotion - How Music Affects Our FeelingsYoung and Under Pressure - From the Lives of Budding Professional MusiciansInstrumental Up-Keep in Winter - What Should I Consider?The New Performance Option for The Christmas Oratorio – Orchestra vs OrganLearning to play the Bassoon – 20 Questions for Anselma Veit

Young and Under Pressure

From the Lives of Budding Professional Musicians

The start of a career in music can be particularly challenging for young people. Alongside rehearsal stress and the constant pressure to keep practicing and developing, the fear of auditions and thoughts of all the competition out there can take a hold of everyday musical life. Why do young people take all of this on and how do they deal with it all? A conversation about the pressure to perform with five aspiring professional musicians. 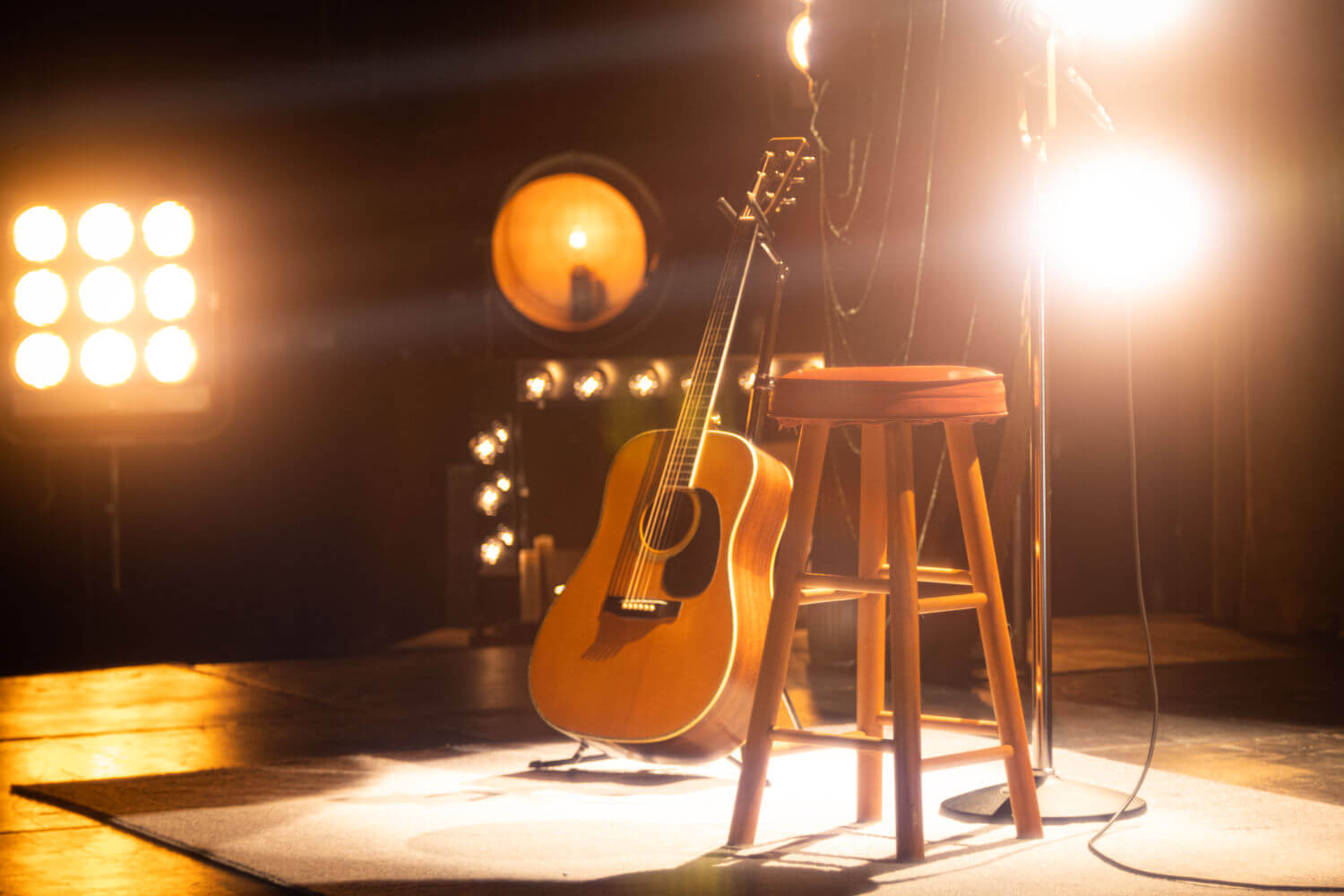 The Art of the Encore!

Being able to earn a living from making music is a career of which many young people dream. But there are many challenges along the way which put the mental resilience of the budding music professionals to the test. Individual lessons, auditions, personal practice and joint rehearsals: A normal university day for music students is often fully planned from start to finish - most of the time at their instrument. In addition, there are often theory seminars, for which, of course, you also have to study. How can you keep a cool head and above all continue to have fun making music?

Charlotte Reitz is 24 years old and studies the cello at the University of Music and Theater in Rostock. To her, one thing is clear: she would love to win one of the coveted orchestral positions. In order to realise her goal, she practises at least four hours a day – plus there are many rehearsals for ensembles and projects. In a full week, that can mean a total of eight hours a day at the cello, leaving little time or energy for other things.

Lukas Höffler (name changed by editors) feels the same way. He is 21 years old and studies trumpet at a university. He, too, would like to play in an orchestra, so he practises alone for three to four hours a day in addition to his ensemble rehearsals. He used to practise even more, but there comes a point when this type of practice is no longer enough. “The focus shifts to what you can also do with your head. And not just on the instrument itself,” he says. Many teaching classes would concentrate purely on the technique of the instrument. But Lukas now also invests about an hour and a half in alternative exercises every day. For example, a piece can often be remembered better if, for a change, you sing it while practising. Breathing exercises are also important for sustained training. And last but not least, the mental approach should not be underestimated. In addition to daily meditation, this also consists of confronting subconscious fears, which could lead to fear of performing in particularly stressful situations. Therapeutic help is also a good way to free yourself from negative beliefs.

Lukas and Charlotte both have to audition regularly in front of their fellow students. Through this regular mandatory performance situation, they can develop their own methods for dealing with the excitement and the stress. Charlotte has two very specific tips for audition situations: “It always helps me to go jogging in the morning before a performance. My body breaks down adrenaline, my pulse goes up and later when I perform, my muscles don't contract as much from the excitement. As a result, I'm more relaxed on stage and can play more sensitively." In general, sport and yoga help her to balance out the repetitive movements of playing an instrument. Another strategy is to recall a good performance experience from the past – from audition situations and also from day to day life. This is how the mind saves the positive feeling from the stage and projects it onto the new performance situation.

However, if you are not secure enough with a piece just before the performance, there is no point in torturing yourself under the greatest stress, says Charlotte, ultimately, this is counterproductive – we all have to go through this experience in dealing with stress. There are offers for the development of mental practice strategies as well as performance training in her studies, but mostly on a voluntary basis.

In any case, Lukas noticed over time how the mental exercises made him more confident in auditions. And with this sense of achievement, it is not only confidence which is strengthened, but also the joy of playing. Discussing his decision to become a professional musician, he says: “Of course, there are occasionally slightly more stressful times, when I can’t do much else in a day apart from music, but actually I like it that way, practice is fun ninety percent of the time. And making music together in the orchestra is a simply intoxicating moment.” He has long known that he would like to spend every day working intensively with his instrument – and what better way than as a professional musician.

The pop musician metty from Hamburg is already a full-time artist and has been performing regularly since last year. Alongside her performances, the 24-year-old also makes money from her music via streaming services. She was awarded the Darmstadt Music Prize in 2021 for her modern and melancholy 'Sad Pop' style and her authentic indie character. Now however, after the eventful open-air summer season, she is really feeling the effects of the repeated mental stress caused by constant pressure situations. "To present yourself again and again, to stand in front of people, to play in front of a small audience, to play for the wrong audience, to play for no fee... all of this can rob you of more than a concert like this gives you," she explains. Especially as a newcomer, you try to take all the opportunities and experiences that are available. However, the constant pressure to perform and being on the road a lot, in combination with various other factors, almost led to a burn out. She was constantly ill and had experienced vocal problems. After a break, she is now recovered and fitter than ever. And the same applies to her: Despite the stress and the expectations that come with being a professional musician, in the end, composing and performing on stage is exactly what she wants to do, and the incentive to face the challenges. Even if taking breaks is a must. We use YouTube to embed video content. This Google service has its own cookies and may collect data about your activity. You can find more information in the data protection declaration of the provider. We need your consent to display YouTube videos:

Niko Huber shares the same passion for stage performance and live music. The 22-year-old guitarist from Rodgau near Frankfurt plays around eight to ten gigs a month with his alternative rock band Bird’s View and various jazz projects. He also works in a guitar shop. “Of course there are also projects that take a little more time,” he says. "Then you travel a lot, play shows, have press appointments, and everything that goes with the territory... but I'm really up for it. Sitting in the tour bus, driving around and making music – I've wanted to do that my whole life!”.

He used to practise his guitar for five to six hours a day. "That's less today," explains Niko. You also have to be careful: “After a certain point, it’s no longer healthy, your hands don't keep up, or you get tendonitis". His friends all come from the music scene - which is why he finds it difficult to draw a line between work and pleasure. However, bigger, more successful musicians don’t scare him, and wouldn’t put him under greater pressure to perform. "These people have always been more inspirational than intimidating to me," he says. "When you're creative, you have to be careful not to look right and left too much. It's more about doing your own thing - straight ahead." We use YouTube to embed video content. This Google service has its own cookies and may collect data about your activity. You can find more information in the data protection declaration of the provider. We need your consent to display YouTube videos:

Arne Zeller from Mainz is a little younger. He is 16 years old and studying cello as a junior student at the University of Music and Theater in Leipzig. At the same time, he attends high school in Mainz. He has already won many prizes at national and international competitions. However, particularly good planning is required for his day to day life.

For his cello lessons, he regularly travels four hours by ICE train to Leipzig, where he has to spend the night. He often uses the train journey to catch up on his homework. Arne can attend accompanying piano lessons and theoretical second-study subjects in Mainz or online. But the 16-year-old also misses school for appearances abroad, prizewinner concerts or master classes. "In the end, it's a question of organisation," he says. "When we were looking for an upper school, that was a major factor, and my current school is super supportive". Like Charlotte and Lukas, Arne likes to do sports as a balance to music.

From the very start of his junior studies he was "100 percent sure" that he wanted to become a professional musician. Talking about the effort required to be a professional musician, he says: "I think if I didn't fundamentally enjoy my instrument and the music, then I wouldn't be able to do it at all because of the discipline. For me, music is the most natural thing there is. It is so close and such a powerful emotional trigger. Music can affect me very deeply.” He too now works with his closest friends in an ensemble – with music as their common identity.

Peter Steinert was born in 1998 in Frankfurt am Main. He is studying for a masters in music journalism at the Karlsruhe University of Music. As a freelance journalist, he films and photographs demonstrations and runs a blog about the alternative music scene in the Rhine-Main area. ... 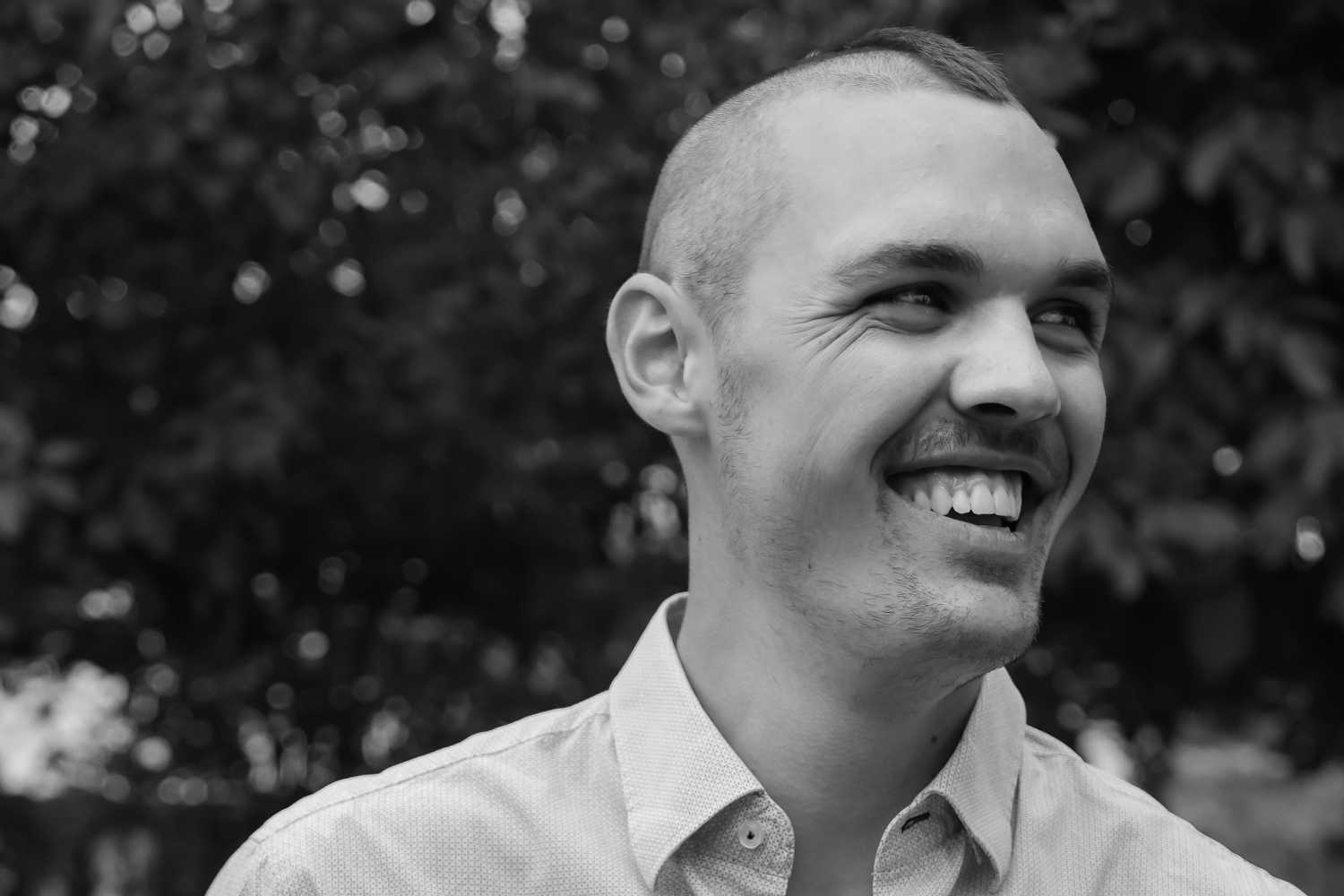 Peter Steinert was born in 1998 in Frankfurt am Main. He is studying for a masters in music journalism at the Karlsruhe University of Music. In 2019, while studying for his bachelors in online journalism at the Darmstadt University of Applied Sciences, he received a scholarship from the Heidelberg Spring Music Journalism Academy, and spent his practical semester at the Ox Fanzine for Punk, Hardcore and Rock'n'roll.

In addition to editorial work at ZDF Digital and FAZ.NET, he gained journalistic experience at the Odenwald Echo and the Darmstädter Echo. He currently writes for the P-Stadtkulturmagazin Darmstadt of the publishing group Rhein-Main, as well as the online music magazine niusic.de. As a freelance journalist, he films and photographs demonstrations and runs a blog about the alternative music scene in the Rhine-Main area.